The largest concert tours in the United States stop in Foxborough each summer. Billboard magazine ranked Gillette Stadium among the top 10 venues in the world over the last decade. Artists who have recently taken the stage at Gillette Stadium include Bruce Springsteen, U2, Taylor Swift and Kenny Chesney.
The Gillette Stadium Special Events department plays host to hundreds of corporate and social events each year, from team-building and sales meetings to birthday parties and weddings. The stadium’s two identical 60,000 square foot club spaces are also popular locations for expos and trade shows.

Fan satisfaction is at the forefront of Gillette Stadium’s design, with unobstructed views from the entire length of each of its wide concourses ensuring a great view of the field from practically anywhere inside the turnstiles. Additional gathering areas, such as the end zone plazas, offer alternative viewing where fans can also gather to socialize before, during and after games. Once at their seats, guests relax in theater-style chairs, each one complete with a drink holder.

For the ultimate in creature comforts, the Putnam Club offers members access to 120,000 square feet of space to enjoy. In addition to the Club areas, the stadium’s 89 luxury suites in the EMC suite level are among the largest in the NFL, ranging from 800 to 2,700 square feet. Each suite features luxurious furnishings as well as private bars and restrooms.

Gillette Stadium celebrates New England’s heritage with a unique display of local flavor. A stylized lighthouse and bridge greet fans entering from Patriot Place Plaza and create the stadium’s signature view. The coastal heritage of the region is represented in a seascape scene that complements the bridge and lighthouse and flanks the players’ entrance to the field. Guests can experience a unique view of the action from atop the bridge, which connects the east and west concourses at the base of the lighthouse. 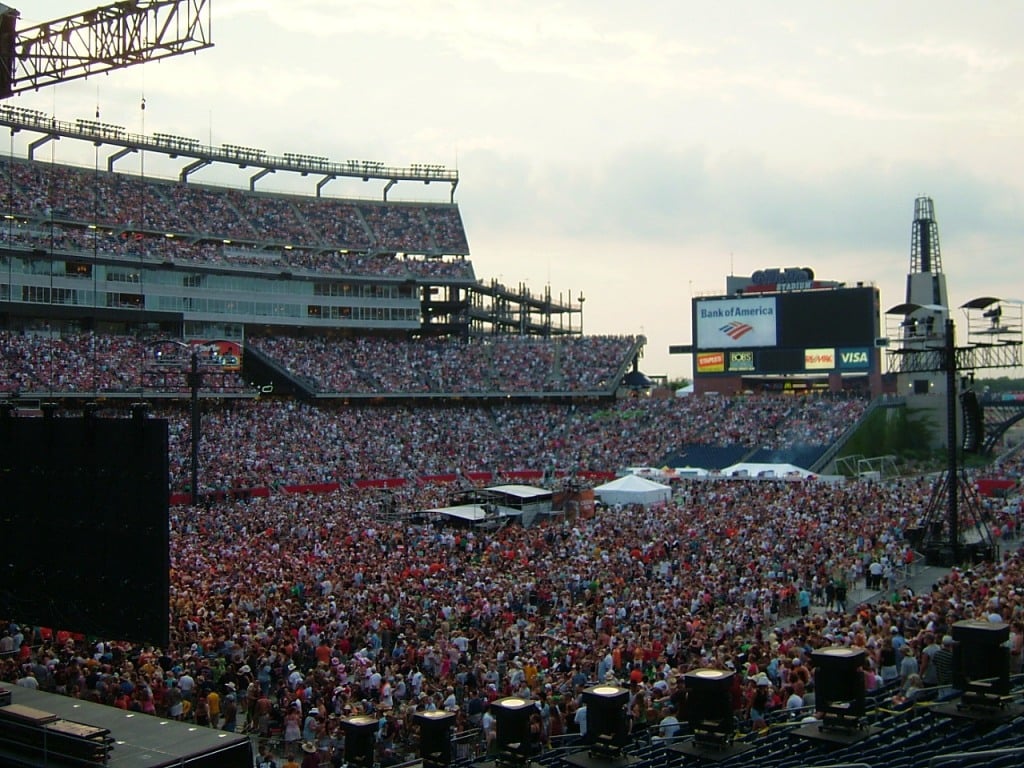