Boxford is divided into Boxford Village and West Boxford Village, corresponding to the respective East and West Boxford centers. It is heavily forested and criss-crossed by various streams and brooks, many of which empty into the Ipswich River on Boxford’s southern border. A number of ponds such as Stiles Pond, Cedar Pond, Spofford Pond, Lowe Pond, Four Mile Pond and Baldpate Pond are spread throughout the town as well. Throughout Boxford there are also a number of picturesque hiking trails. The highest natural point in Boxford is Bald Hill, at an elevation of 243 feet. It sits in a corner of the Boxford State Forest, near Interstate 95 and the town’s border with Middleton. Commercial landmarks in and around town include Benson’s Ice Cream, Paisley’s Farm Stand and West Village Provisions in West Boxford center, Ingaldsby Farm, the Boxford Community store in East Boxford (also known as “Jack’s” or “Wayne’s”, after its former and current owners), and the Boxford House of Pizza, which lies near the border of Boxford and Georgetown “Witch Hollow Farm”, build it 1727 by Capt. John Tyler the son of Moses Tyler whose sister-in-law, Rebecca Eames was tried in the famous 1693 Salem Witch Trials, found at the intersection of Main Street and Ipswich Road in Boxford. The house gets its name from a hollow that was on the Tyler property in the 1690’s where Rebecca Eames claimed, in her trial, that she was bewitched by the Devil. It is a nationally recognized “Haunted House.” Travelling to or from Boxford? For business or leisure? Need a ride to or from the Airport? We provide Boxford Airport Transportation, Boxford Car Service, Boxford Limo Service, Boxford Limobus, Boxford Minibus and just about any other service you can think of! 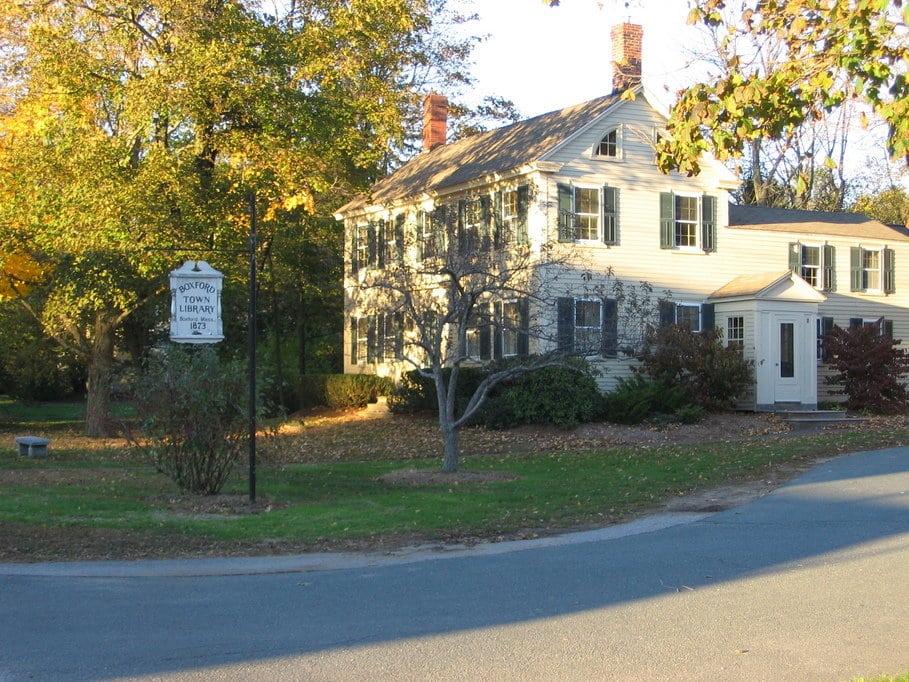