Newton, according to Diana Muir, a Newton historian, became one of America’s earliest commuter suburbs in the early 1800’s. The Boston and Worcester trains, one of America’s earliest railroads, reached West Newton in 1834. Wealthy Bostonian businessmen took advantage of the new commuting opportunity offered by the railroad, building gracious homes on farmland of West Newton hill and on Commonwealth Street. Muir points out that these early commuters needed sufficient wealth to employ a groom and keep horses, to drive them from their hilltop homes to the station.

Further suburbanization came in waves. One wave began with the streetcar lines that made many parts of Newton accessible for commuters in the late nineteenth century. The next wave came in the 1920s when automobiles became affordable to a growing upper middle class. Even then, however, Oak Hill continued to be farmed, mostly market gardening, until the prosperity of the 1950s made all of Newton more densely settled. Newton is not a typical “commuter suburb” since many people who live in Newton do not work in downtown Boston. Most Newtonites work in Newton and other surrounding cities and towns.

The city has two symphony orchestras, the New Philharmonia Orchestra of Massachusetts and the Newton Symphony Orchestra. The Newton Free Library possesses more than 500,000 volumes of print materials, as well as art, both original and prints, sound recordings and videos.

Each April on Patriots Day, the Boston Marathon is run through the city, entering from Wellesley on Route 16 (Washington Street) where runners encounter the first of the four infamous Newton Hills. It then turns right onto Route 30 (Commonwealth Avenue) for the long haul into Boston. There are two more hills before reaching Centre Street, and then the fourth and most infamous of all, Heartbreak Hill, rises shortly after Centre Street. Residents and visitors line the race route along Washington Street and Commonwealth Avenue to cheer the runners. 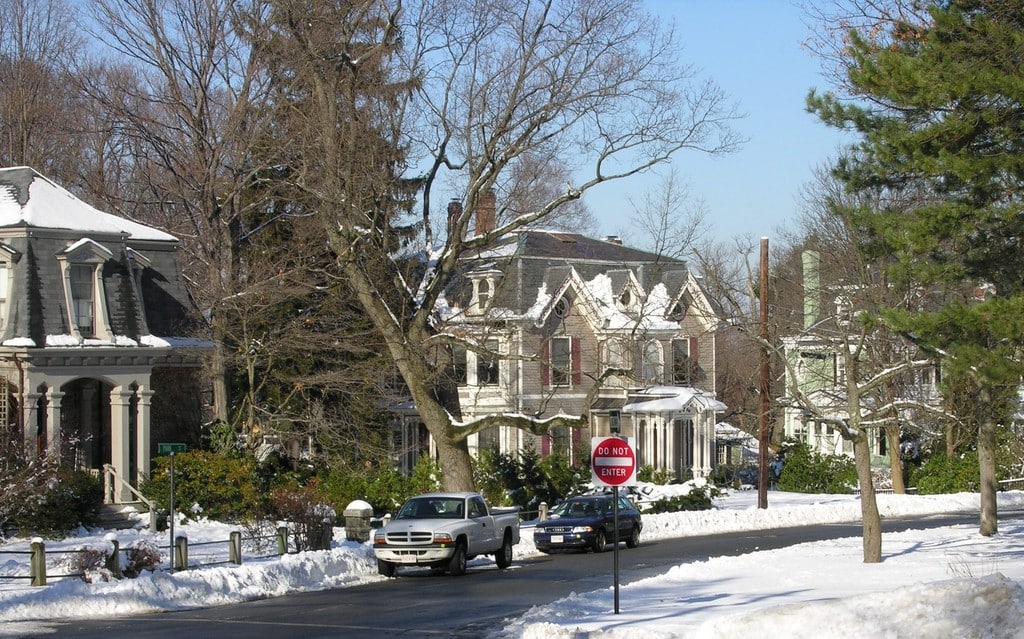